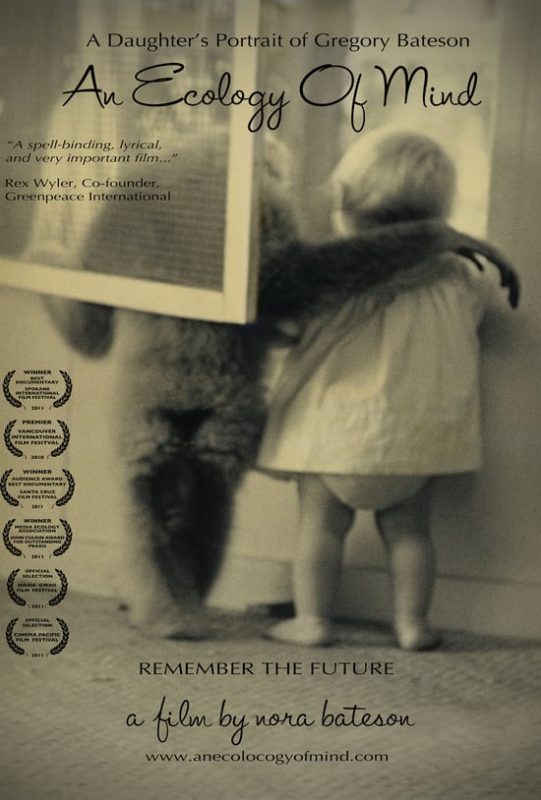 An Ecology Of Mind

“The double bind that we now face is this: on the one hand, we want to preserve our natural environment; on the other, everything we do to grow our economy and preserve our standard of living disrupts the natural environment and our relationships with it. Nora, like her father, suggests that we must raise our consciousness and learn to think in new ways to escape our pathology of wrong thinking…Nora Bateson presents viewers not only with an intellectually challenging and inspiring work of art, but also with a glimpse of evanescent hope.”
–Marilyn Wedge, Huffington Post, 13 October 2011

“Gregory Bateson taught us how to stop having the most fundamental old ideas: the static, separating, reductionist fictions that dis-integrate an integrated world. Nora Bateson’s beautiful portrait of her father’s key insights is a stunningly effective antidote for a new generation that now needs his wisdom more than ever.”
-Amory B. Lovins, Chairman and Chief Scientist, Rocky Mountain Institute

“The task she took on was hardly easy. Pinning Bateson down takes a fair amount of effort. Coming up with a simple definition of, say, systems theory is one thing. Doing so in a way that educates the average filmgoer without making her film feel like a mere academic exercise is something else entirely. Yet Nora Bateson manages to do so by always keeping the man she knew at the center. “
–Dan Webster, NPR