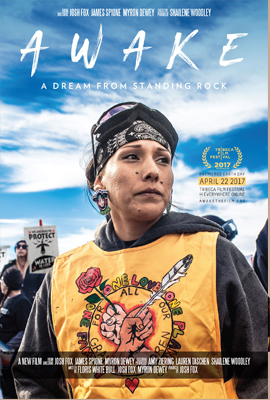 Awake: A dream from Standing Rock

In 2016, Standing Rock, North Dakota became one of the most watched places on earth. Josh Fox James Spione Myron Dewey Digital Smoke Signals are honored to present a new documentary ‘AWAKE, A Dream From Standing Rock,’ which captures some of the many stories of the Native-led resistance against the Dakota Access Pipeline, which forever changed the way people approach the fight for Indigenous sovereignty and the resistance to fossil fuel infrastructure, Big Oil and climate change.

The was featured at the Tribeca Film Festival on Earth Day, April 22, 2017.