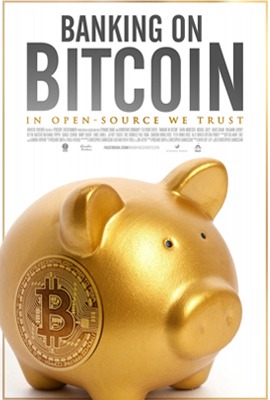 An ideological battle is underway between fringe utopists and mainstream capitalism. The film takes a look at what this revolutionary technology is and the players who are battling to define how it will shape our lives.

Banking on Bitcoin may just be the most popular Bitcoin documentary in existence. It discusses the roots of the technology, it’s massive potential, and how it played out in its nascent years. You just might see a familiar face as you learn about some of the early players in the cryptocurrency space. Bitcoin is the most disruptive invention since the Internet, and now an ideological battle is underway between fringe utopists and mainstream capitalism. Banking on Bitcoin shows the players who are defining how this technology will shape our lives.

Check out Films for the Planet’s “Economy” category in our Streaming Collection for similar titles.