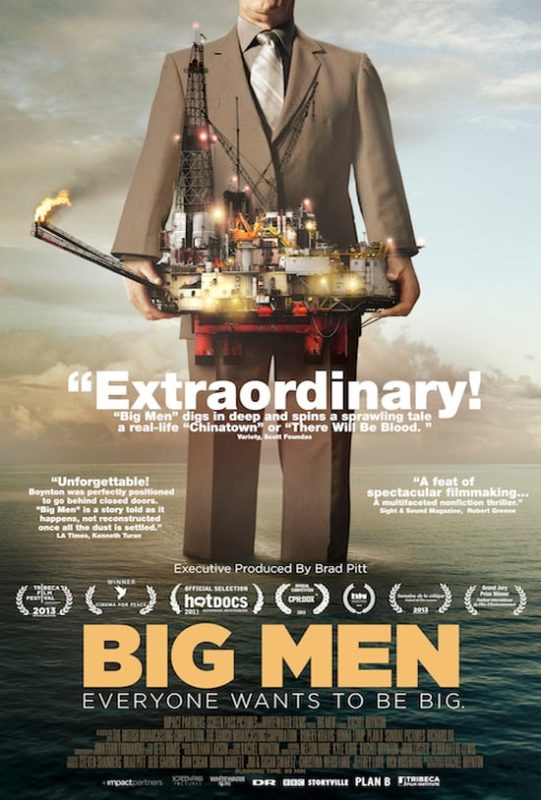 What happens when hungry people discover a massive pot of gold in one of the poorest places on earth?

In 2007 US-based Kosmos Energy discovers the first oil in the history of the West African Republic of Ghana. What follows over the next five years is a twisting tale of greed and deception, which director Rachel Boynton films with an even hand and razor-sharp journalistic skill. While in Ghana she makes side trips to nearby Nigeria, whose own oil reserves have been responsible for a vicious cycle of exploitation with little appreciable benefit to the country itself. Big Men takes you to places it seems you shouldn’t be allowed to enter, in scene after scene, traveling from company meetings about oil deals worth billions to gatherings of heavily armed militants preparing to strike.

Along the way it poses vital questions about what fundamentally motivates us: Is unbridled greed an intrinsic part of human nature? And can what unites us ever be greater than what divides us?

A remarkable suspense story about international business deals and the failures of globalization with breathtaking access to everyone involved.