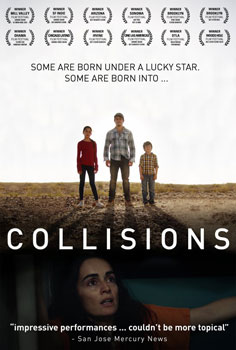 Twelve-year-old Itan’s promising life in San Francisco is turned upside down when she comes home from school, with her younger brother to find her apartment ransacked and her mother missing. Suddenly she must rely on her estranged uncle, a big rig truck driver. Itan convinces him into taking them across the country in his truck, trying to find her mother and stop her deportation.