Welcome to our Earth Week Streaming Documentary Series. You can choose to watch one film a day or one film a week – the selections include pay-per-view and exclusive free viewings for a limited time only.  Add these films to your scheduled Earth Day events to spark a conversation!  More than ever, it is time to educate and empower our communities and ensure that our students are being prepared as environmental and climate literate citizens ready to take action for the future. 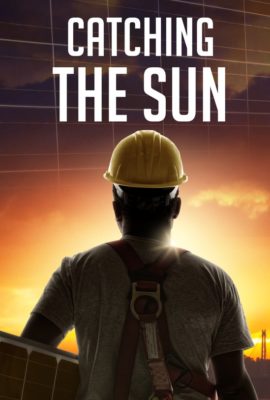 Over the course of a solar jobs training program, Catching the Sun follows the hope and heartbreak of unemployed American workers seeking jobs in the solar industry. With countries like China investing in innovative technologies and capitalizing on this trillion-dollar opportunity, Catching the Sun tells the story of the global energy transition from the perspective of workers and entrepreneurs building solutions to income inequality and climate change with their own hands. Their successes and failures speak to one of the biggest questions of our time: will the U.S. actually be able to build a clean energy economy? A must-see film by award-winning filmmaker and eco-activist, Shalini Kantayya. Produced by Leonardo DiCaprio.
Download Catching the Sun Party Guide /  National Campus Tour 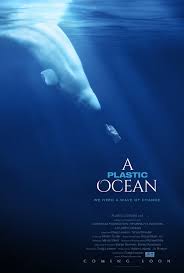 A Plastic Ocean is a new feature-length adventure documentary that brings to light the consequences of our global disposable lifestyle. We thought we could use plastic once and throw it away with negligible impact to humans and animals. That turns out to be untrue.

In A Plastic Ocean, an international team of adventurers, researchers, and Ocean ambassadors go on a four-year mission around the globe to uncover the shocking truth about what is truly lurking beneath the surface of our seemingly pristine Ocean. The result will astound viewers–just as it did our adventurers–who captured never-before-seen images of marine life, plastic pollution, and its ultimate consequences for human health. The film introduces workable technology and policy solutions that can, if implemented in time, change things for the better. With appearances by celebrated naturalist Sir David Attenborough and legendary ocean researcher Dr. Sylvia Earl. 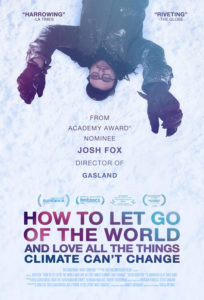 How to Let Go of the World
and Love All the Things Climate Can’t Change:
On Demand HBO (first month free) and  ITunes – $9.99

Documentarian Josh Fox (Oscar-nominated 2010 documentary,”Gasland”) travels to 12 countries on six continents to meet with global climate change “warriors” who are committed to reversing the tide of global warming. Funny and tragic, inspiring and enlightening, the film examines the intricately woven forces that threaten the stability of the planet and the lives of its inhabitants. The film acknowledges that it may be too late to stop some of the worst consequences and asks, what is it that climate change can’t destroy? What is so deep within us that no calamity can take it away? The film gives reason for hope and optimism, with sections highlighting the success of renewable energy and civil disobedience against corporations and governments.  Sierra Club Film Review
Host a Community or Educational Screening /  Host a Party Guide /  How to Let Go Action Points. 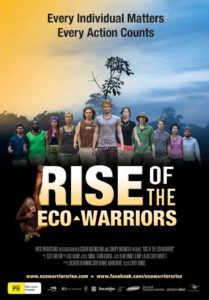 Rise of the Eco-Warriors documentary and TV series is a story about courageous individuals confronting the devastating realities of deforestation and who are willing to take action to avert environmental disaster and help bring humanity into balance with the natural world. Viewers become participants in a high-stake adventure that combines reality-storytelling and virtual interactions with real world incentives – all of which allow participants to experience their interconnectedness in relation to others across the globe.

Viewers become participants in wildlife rescue and rehabilitation, or consumer advocacy by learning about the connection between the over-consumption of palm oil and the devastating consequences of deforestation. They can explore real-world solutions through world-renowned forest innovator and educator, Dr. Willie Smits, whose holistic and revolutionary interventions hold the keys to positive change in the face of run-away deforestation and climate change. 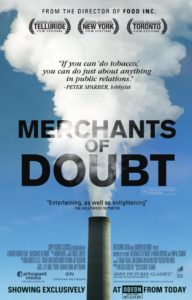 The U.S. scientific community has long led the world in research on public health, environmental science, and other issues affecting the quality of life. Our scientists have produced landmark studies on the dangers of DDT, tobacco smoke, acid rain, and global warming. Based on the book, Merchants of Doubt, by historians Naomi Oreskes and Erik Conway, the film explains how a subset of scientists with extensive political connections, ran effective campaigns to mislead the public and deny well-established scientific knowledge over four decades. Discover how their tactics are being used to forestall governmental action to regulate greenhouse gas emissions and skew public understanding of some of the most pressing issues of our era. These tactics unwittingly propagate a harmful anti-science mindset that transmits hate and harassment towards climate scientists.

If you are hosting educational (College and high school) or group screenings get your discussion guide HERE.  The curriculum is designed to help citizens develop critical thinking skills that will allow them to sort through confusing messages and distinguish between truth, propaganda, and misinformation. Each section examines statements made in the film and asks questions intended to trigger thoughtful discussions and debates. Produced by Participant Media. Get your license to screen the film by emailing Sony Pictures Classics

Films for the Planet is proud to partner with the Earth Day Network whose mission is to broaden and diversify the environmental movement worldwide and to mobilize it as the most effective vehicle to build a healthy, sustainable environment, address climate change, and protect the Earth for future generations. Through their campaign for environmental literacy, EDN is dedicated to ensuring that every student around the world graduates high school as an environmental and climate literate citizen by 2020.