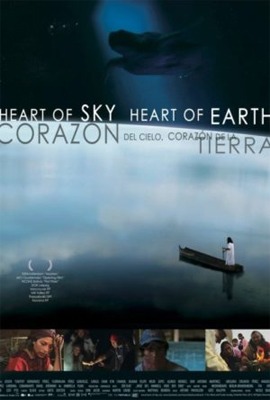 Heart of Sky, Heart of Earth

“It is quite possible our great corporations will succeed in finishing Nature off … and expel the Indigenous from their lands. On the other hand, resistance is growing. Many young Maya say the world will not go under. It will start anew, but we all have to fight for it, here and now. If one is searching for impressive evidence of this tenacious determination, Heart of Sky, Heart of Earth is it“ (Thomas Assheuer, DIE ZEIT).

HEART OF SKY, HEART OF EARTH follows six young Maya in Guatemala and Chiapas through their daily and ceremonial life, revealing their determination to resist the destruction of their culture and environment. As corporations go to the ends of the earth to extract all value, all resources, they put forth a wholly indigenous perspective in their own words, without narration. Each story touches upon a facet of the current global crisis.

Beautifully filmed over years, the intimate accounts of the protagonists interweave with images associated with the fragile beauty of nature and the creation myth of the Popol Vuh. Ruins of a former Mayan civilization stand in the background as harbingers of our own possible fate. The Maya, like many indigenous people, believe they are the guardians of the Earth. Their cosmovision, in which all life is sacred and interconnected, presents a deeply compelling alternative to the prevailing worldview.

The program was developed with the support of the Independent Television Service (ITVS) with funding provided by the Corporation for Public Broadcasting (CPB).