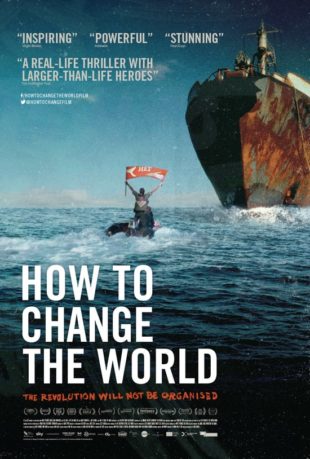 How To Change The World

How to Change the World portrays the early days of Greenpeace, its youthful idealism and the complexities of managing a growing organization.

Greenpeace was born in 1971 when a ragtag group of journalists, hippies, and scientists living in Vancouver tried to stop a US atomic test. Fortunately, they were media savvy from the beginning, capturing their seat-of-their pants activist adventures in film. Out of this vivid archive and sly narration by Robert Hunter, an early guiding force of the organization, Jerry Rothwell has created a thrilling, sometimes terrifying film.

The youthful energy is palpable in action-packed scenes, including one in which activists confront a Russian whaling ship in a tiny Zodiac dingy. Soon, though, idealism comes up against reality, compromise, human nature, and the complexities of managing a growing organization. This insightful film is also a vibrant, moving reflection about the ongoing struggle to balance the political and the personal.

“Full of heart-wrenching imagery, with a score that emphasizes the weight of its content, “How to Change the World” not only does justice to its title, but also shows why one man can’t change it on his own.” ~ IndieWire