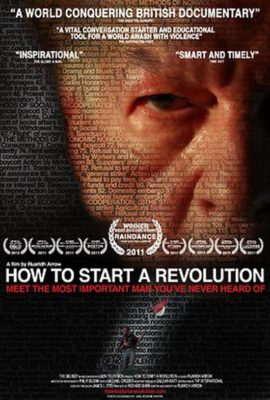 How to Start a Revolution

How to Start a Revolution is a BAFTA award-winning documentary following the work of three-time Nobel Peace Prize Nominee, Gene Sharp. As waves of revolutionary spirit sweep the world, one man’s ideas continue to inspire, mobilize and unite protesters, giving them the tools to topple authoritarian regimes. Quiet, unassuming, and softly spoken, 83 year old Professor Gene Sharp is celebrated by revolutionaries and feared by dictators. So what are his ideas, how have they spread from his tiny Boston office, and how are they actually used on the ground? This is the inspirational story of the power of people to change their world, the modern revolution, and the man behind it all.