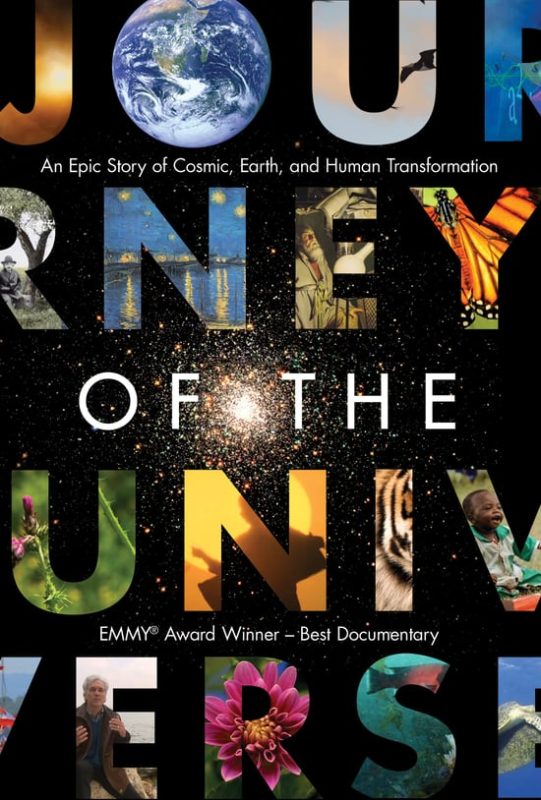 Journey of the Universe

Journey of the Universe weaves together the discoveries of the evolutionary sciences together with humanities such as history, philosophy, art, and religion. The course draws on the Emmy-award winning film, Journey of the Universe, and the book from Yale University Press. Journey explores cosmic evolution as a creative process based on connection, interdependence, and emergence. It examines a range of dynamic interactions in the unfolding of galaxies, Earth, life, and human communities. It investigates ways in which we understand evolutionary processes and the implications for humans and our ecological future. The Journey course, thus, is based on a new integration that is emerging from the dialogue of the sciences and humanities. Journey tells the story of evolution as an epic narrative, rather than as a series of facts separated by scientific disciplines. This changes our perception so that we begin to see ourselves as an integral part of this narrative. By situating ourselves within this story we can better appreciate the complexity and beauty of processes such as self-organizing dynamics, natural selection, emergence, symbiosis, and co-evolution. As we discover these intricate processes of evolution, we awaken to the beauty and complexity of our natural environment at this critical juncture in our planetary history.

Journey of the Universe is a dramatic and expansive film that reimagines the universe story and reframes the human connection to the cosmos. Created by a renowned team of scientists, scholars, and award-winning filmmakers, it is beautifully filmed in HD on the Greek island of Samos, the birthplace of Pythagoras. Journey is hosted by evolutionary philosopher Brian Thomas Swimme, whose stories awaken us to the beauty and complexity of our planet. The film was written by Swimme and Yale historian of religions Mary Evelyn Tucker and produced by Patsy Northcutt and David Kennard.

Click here to watch the film, view the syllabus and try the course for FREE