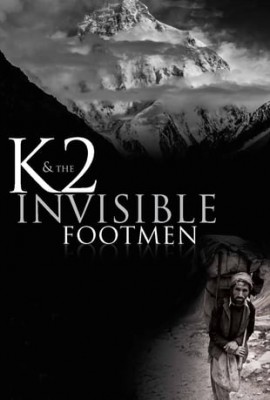 K2 And The Invisible Footmen

K2 And The Invisible Footmen: The indigenous porters who for decades have facilitated the ascent of the world’s most extreme mountain

K2 is widely seen as the world’s harshest mountain. Yet many indigenous porters make a living in its extreme conditions, carrying provisions for foreign climbing expeditions. Often risking their lives with only rudimentary equipment, they receive minimal pay for their efforts. Against a backdrop of breathtaking natural beauty, this cinematic doc explores the everyday courage and sacrifice of the men who call the ‘Savage Mountain’ their home.

“I just look human, but because of this work, I don’t feel human anymore”, explains one porter. Exhausted and weak, he sits wearily in the base camp of the world’s most extreme mountain, waiting for his next job. He routinely must navigate the harsh mountain terrain carrying up to 40kg of luggage for western climbers. Wearing sandals and with no professional equipment, he must risk his life daily in the most brutal of conditions, just to support his family. “I don’t have any other choice…my helplessness brings me here. This is not a safe place to work”.

Statistically, for every four climbers who summits K2, one of them will die, and the mountain has the second highest fatality rate among the world’s highest peaks. “It’s the father of all mountains…one mistake and you’re dead”, warns one climber. As the climbing season only lasts from May through to August, porters must make enough money in these months to support themselves through the rest of the year. “It’s difficult to make ends meet… there is no other source of income”, complains one: of his seven children, he can only afford to send two of them to school.

“I marvel at the skill of the porters”, admits one mountaineer. Despite never receiving the recognition of the foreign climbers who conquer K2’s summit, the local porters are the true heroes of the mountain.

Every week Journeyman offers a brand new documentary, fresh out of the cutting room. They’re award winning documentaries, some destined for the festival circuit and some for broadcast. The one thing you can know is that here you get to see them when they’re fresh, often before they appear anywhere else. To watch them in full go to our VOD platform at jman.tv