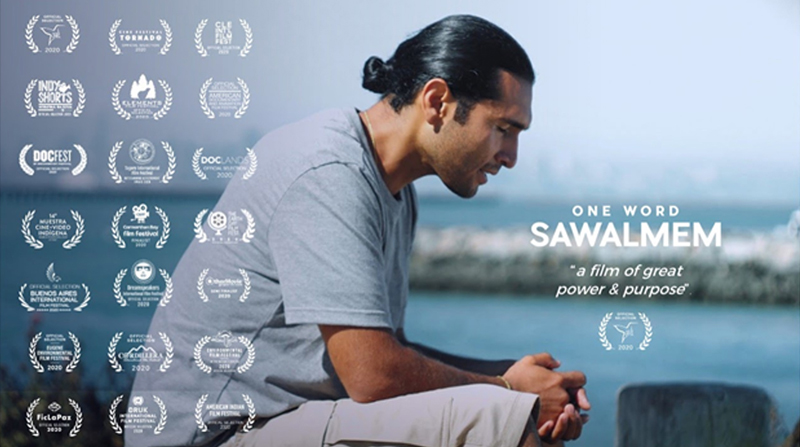 In his uplifting and internationally-acclaimed short film One Word Sawalmem, co-director Michael “Pom” Preston of the Winnemem Wintu tribe of Mt. Shasta, California gives us a rare look into the life of local Native wisdom keepers. These are people who hold humanity’s most intimate knowledge about how to live in balance with the Earth and how to thrive with the natural world. The film invites us to consider how the healing of the planet could be facilitated by shifting our relationship with the Earth. From the current mainstream economic one based in exploitation and domination, to the type of relationship that human beings have held dear for tens of thousands of years – a sacred one that is based in respect and reciprocity.

The film invites us to shift our relationship with the Earth – to the type of relationship that human beings have held dear for tens of thousands of years – a sacred one that is based in respect and reciprocity. An important film with heart and soul.

“One Word Sawalmem” was released in March 2020, a finalist in the short film program of the Tribeca Film Institute, won a number of awards. Moreover, That was selected for 40 festivals in Argentina, Australia, Bolivia, Bhutan, Brazil, Canada, Chile, the Czech Republic, India, Japan, New Zealand, Singapore, Spain, Switzerland, the UK and the US.

Watch the full film at oneword.earth