A Quest for Meaning – Movie and Live Stream Event 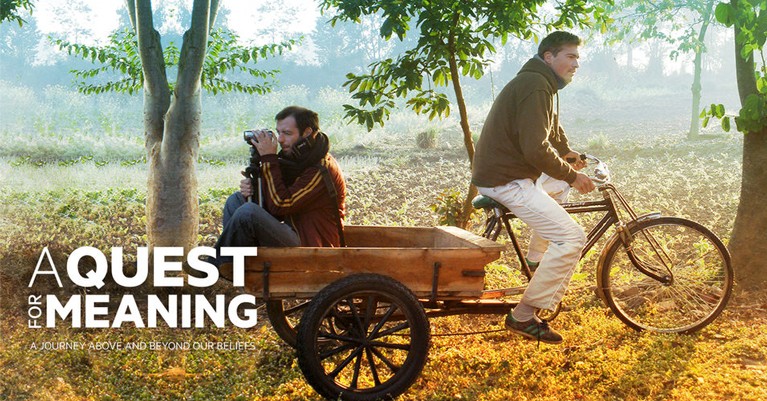 If you haven’t seen A Quest For Meaning – the movie now is your chance!  Register to Watch for FREE on Films for the Planet January 20 – 31, and February 24 – March 2.

This documentary film recounts the life-changing journey undertaken by two childhood friends questioning the workings of the world, our relationship with nature and the meaning of life. A Quest for Meaning is an inspiring film that connects personal growth and social change. Watch the Trailer

We are all prisoners of a logic which has proven destructive for mankind and planet Earth. To break the deadlock, Marc and Nathanaël tried to question the fundamental beliefs of modern society: separation, competition, and individualism. Their travels take them from India to Guatemala, through the United States and across Europe to discover the message of activists, biologists, philosophers and guardians of ancestral traditions from across the world. Interviews with Vandana Shiva, Bruce Lipton, Satish Kumar, Pierre Rabhi, Frédéric Lenoir and more are included on their quest.

Interested in going deeper and meeting the films main characters?  The program will include pathways for involvement as well as an interview with film director Marc de La Ménardière and Satish Kumar — activist, writer, philosopher, editor of Resurgence & Ecologist magazine, and former director of the Schumacher College International Centre for Ecological Studies. Register to access the free viewing at the Members Circle.

A Quest for Meaning was self-produced and distributed with the help of thousands of citizens around the globe. With 4,537 community screenings throughout the world, 963 co-producers, 600 organizations involved, and 150,000 spectators in theaters so far, this uplifting, life-changing journey renews our confidence in our capacity to bring about change, within ourselves and within society.

Already a Member? No need to register.  Just sign-in to access this program at the Members Circle