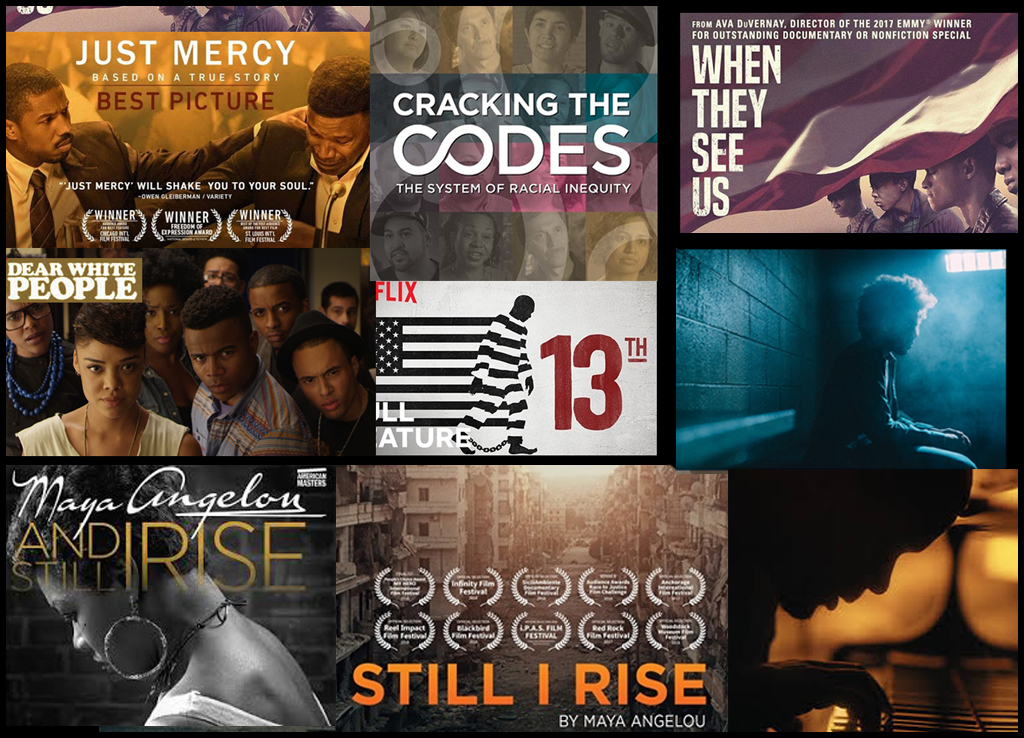 ​Films for the Planet is proud to honor Black History Month by celebrating artists and filmmakers who have risen in the face of oppression and told the stories of systemic injustice, paving the way to the progress many of us celebrate today.

“Listening Deeply” is a curated collection of films and study guides about systemic injustice, published in June, 2020 in honor of George Floyd and countless others.  We have recently added “A Concerto is a Conversation” which is co-produced by Kris Bowers, a virtuoso jazz pianist and Oscar-winning film composer.  This heart-melting, 13-minute short film tracks his family’s lineage through his 91-year-old grandfather from Jim Crow Florida to the Walt Disney Concert Hall.

WATCH "A Concerto is a Conversation"

“A Concerto Is a Conversation” premiered at the 2021 Sundance Film Festival. The film is positioned to be an early Oscar contender.

Kris Bowers scored “When they See Us” which tells the true story of four African-American teenagers and one Hispanic teen — the Central Park Five — who were wrongfully convicted of raping a white jogger in Central Park in 1989. They were released from prison when the actual perpetrator came forward in 2002. Bowers won a Daytime Emmy for his work on “The Snowy Day” (2016). He earned a Critics Choice nomination for “Green Book” (2018), which won the Oscar as Best Picture. His other TV credits include “Dear White People,” “For the People,” and “Black Monday” and Kobe Bryant’s “Muse”. He has recorded, performed, and collaborated with Jay-Z, Kanye West, and José James.

“When They See Us” and “Dear White People” are featured in our “Listening Deeply” 2020 program. Select films were FREE for a limited time in 2020 and others in the program are still free to watch. .

“Listening Deeply” features twenty critically-acclaimed films, including award-winning miniseries, an Oscar-nominated film and a video of Maya Angelou’s electrifying poem “Still I Rise.” The program offers insight into the social, political, and economic forces causing racial tension and upheaval in our world. With exposure to true-to-life stories comes an opportunity to bring planetary healing by acknowledging and confronting the persistent gaps of injustice and inequality.

It is our responsibility to educate ourselves on the systemic cycles of various types of oppression, and strengthen the globally-connected movement for unity and peace. Films for the Planet stands with an array of groups and organizations doing vital peace, environmental, racial and economic justice work. We recognize the voice of “We the People” that is being heard around the world.

The human mind is wired to have biases — and plenty of them. It is our task to break the cycles of violence by exploring our biases and by deeply listening and learning. If we work at consciously acknowledging and overriding our biases, it is a step in the right direction towards understanding and empathizing with others. This is where true change happens.

The Latin definition for compassion is “to suffer together.” Now is the time to channel our emotions into regenerative action — the healing of hearts and the rebuilding of our communities. This is where we can show up in relational gatherings — to hold space for understanding and the sharing of how we really feel.

Films for the Planet’s parent nonprofit organization, Compathos, is all about “pathos” — the story that evokes empathy and inspires compassionate action. We believe that change happens when people are inspired by examples of a better path – by everyday heroes who bring us closer to our ideals. To that end, we are sharing a curated list of films on the black experience in America along with a list of stellar educational resources for your learning journey.

“When They See Us” 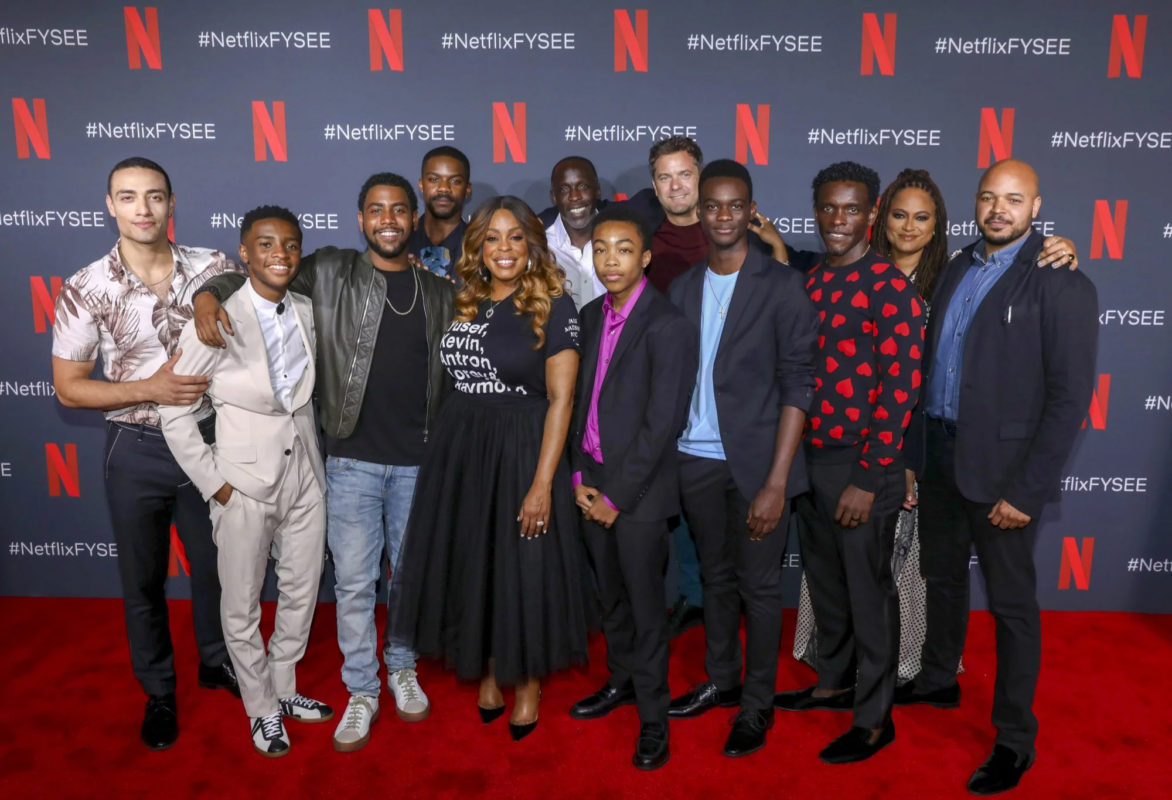 When They See Us  is a 2019 American drama web television miniseries created, co-written, and directed by Ava DuVernay for Netflix  and was Netflix’s most-watched series since its May 31, 2019 premiere. It is based on events of the 1989 Central Park jogger case and explores the lives and families of the five male suspects who were falsely accused then prosecuted on charges related to the rape and assault of a woman in Central Park, New York City. When They See Us received acclaim for its performances and casting. At the 71st Primetime Emmy Awards, it received 11 nominations; Jerome won for Outstanding Lead Actor in a Limited Series or Movie while it was nominated for Outstanding Limited Series and Ellis, Nash, Blackk, Leguizamo, Williams, Blake, and Farmiga all received acting nominations. The series also won the Critics’ Choice Television Award for Best Limited Series. 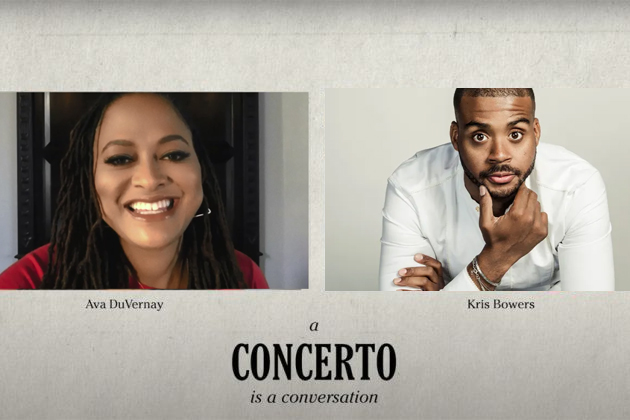 Watch the conversation with Ava DuVernay and “When They See Us” composer Kris Bowers when they reunited for the documentary short “A Concerto Is a Conversation.”

DuVernay was the executive produce the film, which was co-directed and produced by Bowers and Ben Proudfoot. “The 13 minute short was selected to premiere at the 2021 Sundance Film Festival and is positioned to be an early Oscar contender.  The film is currently streaming exclusively at NYTimes.com, as part of the New York Times Op-Docs series. It centers on the relationship between Bowers and his 91-year-old grandfather Horace Bowers Sr., as the virtuoso jazz pianist traces his family’s lineage. The film’s title refers both to the way Kris describes the term “concerto” to his grandfather as a conversation between orchestra and soloist, but also the back and forth between generations as the composer learns more about his grandfather’s life.

“Listening Deeply” is a curated collection of films and study guides about systemic injustice. This program features twenty critically-acclaimed films, including award-winning miniseries, an Oscar-nominated film and a video of Maya Angelou’s electrifying poem “Still I Rise.” With exposure to true-to-life stories comes an opportunity to bring planetary healing by acknowledging and confronting the persistent gaps of injustice and inequality. It is our responsibility to educate ourselves on the ongoing systemic cycles of oppression, and strengthen the globally-connected movement for unity and peace. Select films FREE for a limited time only.