In celebration of Earth Week, Films for the Planet is featuring two FREE films and webcasts, April 2nd through 30th. We invite you to be stirred and motivated by meaningful conversations around films that envision new planetary systems and ways of thinking and imagining the future.

Earth Day initiatives help us regain a deeper connection with nature, acknowledging it as a sacred source of life. Our lost connection is affecting the planet, the sustainability of our human civilization, our mental health and the future of our children. We require a new dream – one that embodies authentic hope for the future.

Our intent at Films for the Planet is to help us imagine a higher view of the earth and humanity – a view that brings us into a revitalized understanding of our relationship with nature and the living universe.

Starting April 2rd, we will be featuring free streams of “Future Dreaming” directed by Kaya Finlayson. Filmed in Antarctica, Future Dreaming explores the narratives that drive our economic, social and political thinking and offers a new way of understanding the human condition. The film captures a conversation with Dr. David E. Martin who takes a sweeping look into the past, present and future of mankind. Watch trailers HERE

Dr. Martin takes on some of the world’s most complex economic and social themes using solutions that he’s successfully deployed in his work with over 160 countries. With current work including financial engineering and investment, public speaking and writing, he has also served as an advisor to numerous Central Banks, global economic forums, the World Bank and International Finance Corporation and national governments around the world. He is the architect for the world’s first public equity quantitative market index based on human innovation.

Future Dreaming is a wonderful compliment to David Korten’s book Change the Story, Change the Future – A living Economy for a Living Earth.  On April 9th at 10 am PT, in partnership with co-hosts – the Charter for Compassion, we have the extraordinary opportunity to speak with David who is an activist, author, scholar, and visionary proponent of living-earth economies and systems. David Korten Author Bio, Register for the live stream HERE 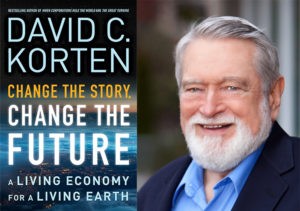 David writes and speaks on global and national issues, serves as president of the Living Economies Forum, is co-founder  of YES! Magazine, and a member of the Club of Rome. His books include the international best seller  When Corporations Rule the World, Change the Story, Change the Future: A Living Economy for a Living Earth, The Great Turning: From Empire to Earth Community.

This imagination journey intends to frame a vision of an Ecological Civilization grounded in compassionate service to earth-care and the regeneration of living systems: 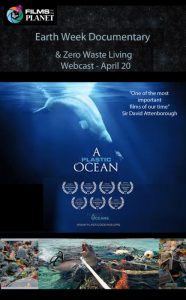 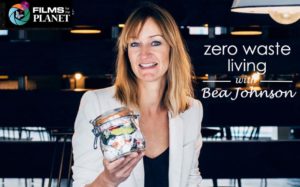 The 2018 Earth Day theme is “A World without Plastic Pollution.”  We will be featuring FREE streams of “A Plastic Ocean,” a film Sir David Attenborough calls, “One of the most important films of our time.”  This film can be viewed on demand at Films for the Planet anytime for $4.99 and will be offered FREE April 20th – 24th. Join our April 20th webcast at 10AM PT, with Bea Johnson, who is the best-selling author of Zero Waste Home. Bea is an international speaker who has inspired thousands to take a stance against needless waste. Invited guests include Laurie Wilson, founder of Blue Ocean Summit and Blue Ocean Network, and others.

A Plastic Ocean was filmed in 20 locations around the world in beautiful and chilling detail to document the global effects of plastic pollution – while introducing workable technology and policy solutions that can, if implemented in time, change things for the better.

Currently about 300 million tons of plastic are produced each year to make single-use bags, bottles, packages, and other commodities for people all over the world. Unfortunately, only about ten percent of this plastic is properly recycled and reused. The rest ends up as waste in landfills or as litter in our natural environment, where it leaches dangerous chemicals into the nearby soil and water, endangering humans and wildlife alike. From poisoning and injuring marine life to disrupting human hormones, from littering beaches and landscapes to clogging our waste streams and landfills, the exponential growth of plastics is now threatening life on our planet.

Films for the Planet has partnered with Earth Day Network who is mobilizing key actors and institutions and citizens across the globe to bring about a new level of consciousness about plastics pollution and a paradigm shift.  The world must perceive plastics not only as an environmental challenge of global proportions but as a marker of the human values that must change in order to build a more sustainable and just world.

Check out our Art of Hosting Film guidelines at the Members Circle to engage your community in film conversations. Become a Films for the Planet film Ambassador HERE!

Change the Story discussion guides are included with the program.

Already a Member? No need to Register! 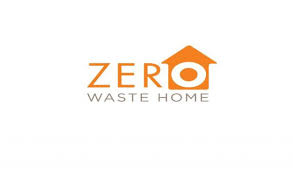