March is Women’s History Month and March 8 is International Women’s Day – a time, stated by the Library of Congress, “to officially pay tribute to the generations of women whose commitment to nature and the planet have proved invaluable to society.” This year’s theme is #pressforprogress and there is no better way to learn about the progress women have made — and the work that still needs to be done — than to watch some outstanding documentaries that portray the dedication, determination and courage of historic female figures.

During March, we are featuring two newly added documentaries: Althea and Jane’s Journey, in addition to previously posted film-  What Tomorrow Brings and Miss Representation. Watch on demand at Films for the Planet to celebrate the positive gains made by talented, visionary women who have persevered to knock down barriers, push against convention and change the world for future generations. 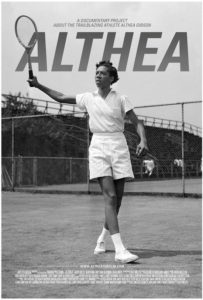 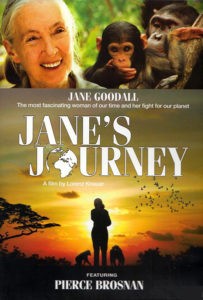 Hailed by critics as “breathtaking,” “mesmerizing,” “spectacular” and “the best documentary of 2017,” JANE from National Geographic Documentary Films made its broadcast debut timed to Women’s History Month last year in the U.S. on National Geographic and Nat Geo WILD, followed by a global rollout across 171 countries and 45 languages. The BAFTA-nominated film, which has been named best documentary of 2017 by 18 national critics groups, the Producers Guild of America, American Cinema Editors, the Broadcast Film Critics Association and the National Board of Review, is the year’s most celebrated documentary and considered “a triumph of filmmaking.”

Jane’s Journey tells the story of Jane Goodall, a young untrained woman whose chimpanzee research challenged the male-dominated scientific consensus of her time and revolutionized our understanding of the natural world.

LOG IN or Register to watch “Jane’s Journey”  on Films for the Planet on demand  for $3.99. Duration: 1 hour 12 minutes. From Filmmaker Brett Morgen with an original score by world-renowned composer Philip Glass, the film features captivating, never-before-seen footage of conservation ocon Jane Goodall’s groundbreaking chimpanzee research.

“ONE OF THE BEST DOCUMENTARIES OF ALL TIME.” -VOGUE