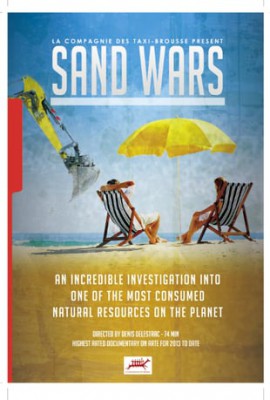 By the end of the 21st century, beaches will be a thing of the past. That is the alarming forecast of a growing number of scientists and environmental NGOs. Sand has become a vital commodity for our modern economies: we use it in our toothpaste, detergents, and cosmetics, and computers and mobiles couldn’t exist without it. Our houses, skyscrapers, bridges and airports are all basically made with sand: it has become the most widely consumed natural resource on the planet after fresh water. The worldwide construction boom fuelled by emerging economies and increasing urbanization has led to intensive sand extraction on land and in the oceans, with damaging environmental impacts. Sand Wars takes us around the world as it tracks the contractors, sand smugglers and unscrupulous property developers involved in the new gold rush, and meets the environmentalists and local populations struggling to reverse the threat to the future of this resource that we all take for granted.