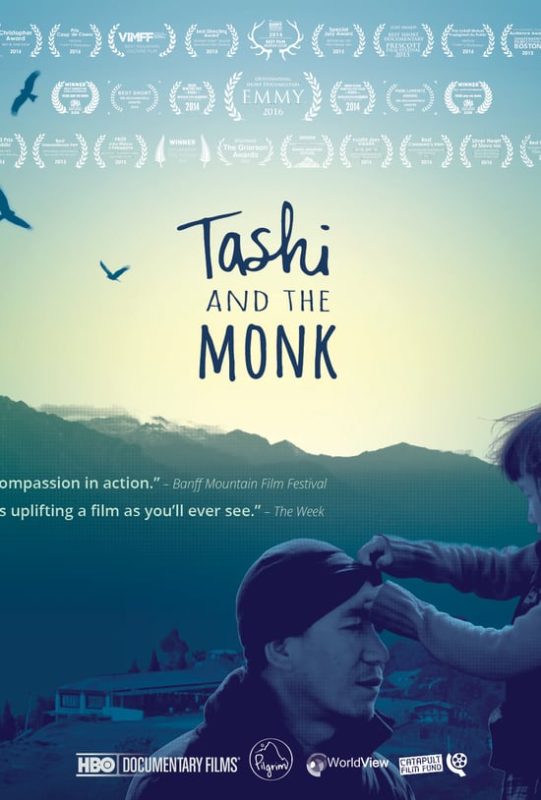 Tashi and the Monk

On a remote mountaintop of the Himalayas sits Jhamtse Gatsal (Tibetan for “The Garden of Love and Compassion”), a special school and home for 85 abandoned and neglected children.

Founded by former Buddhist monk Lobsang Phunstok, who trained under the Dalai Lama, this unique community gives boys and girls the chance to escape extreme poverty and grow up in an environment where they are free to be themselves and dream about their future.

The inspiring documentary Tashi and the Monk tells the story of Lobsang, whose own dark childhood led him to create this safe haven, and his newest arrival, feisty five-year-old Tashi, who was neglected and abandoned by her parents. It shows how kindness and empathy can transform lives, spotlighting one man’s altruistic vision and the journey of one troubled child who, with the help of a supportive community, is able to overcome her past and start anew.

Directed by Andrew Hinton and Johnny Burke, Tashi and the Monk is Emmy-winning and has also won 23 festival prizes including the Best Short and Pare Lorentz Awards from the International Documentary Association (IDA).

“A lovely reminder that amongst the darkness in the world, there are also beautiful shining points of light.” – Mountainfilm.

“Mountains can be brutal places to live. Perhaps this goes some way towards explaining how Tibetan Buddhism has developed such a keen sense of compassion for all beings. Many westerners may have heard of these profound ideals, but in this film we are able to witness compassion in action. The experience is both surprising and humbling.” – Jury at Banff Mountain Film Festival on awarding Tashi and the Monk Best Film on Mountain Culture.

Extra features include deleted scenes and interviews with Lobsang Phuntsok and the filmmakers.