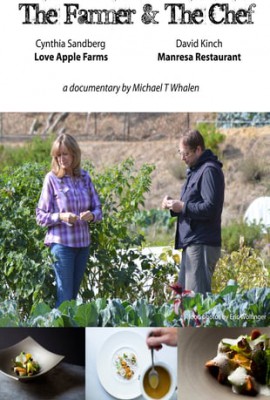 The Farmer and the Chef

The invention of synthetic plastic created an era of disposable products. Watertight and endlessly malleable, plastic is the perfect invention yet, its miraculous durability is also its curse because it never goes away. In the early 21st Century, rumors about an island of garbage somewhere in the Paciﬁc Ocean, started to rise. TV host and ﬁlmmaker Angela Sun, decided to investigate. Her journey takes her thousands of miles from human civilization. There, in what should be a remote tropical paradise, she discovers an ecosystem inundated by plastic waste. Exposed to seawater and sunlight, tons of discarded plastics are breaking down into smaller fragments resembling food to ﬁsh and birds. The images Angela uncovers, combined with the latest evidence from researchers, shows that the truth behind the myth is much worse than imagined. A growing toxic confetti is transforming the oceans and is also working its way up the food chain that humans depend on. Angela returns from Midway with even more questions. She seeks out scientists and health experts who reveal that chemicals in many of the plastic products we take for granted are harmful. She encounters environmental activists trying to raise awareness and legislators struggling to address the problem. She uncovers the hidden truth about recycling and attempts to contact the leaders of an all-powerful petrochemical industry in control of our limitless production and consumption of plastic. Angela’s journey is one that everyone living in a disposable society needs to see.