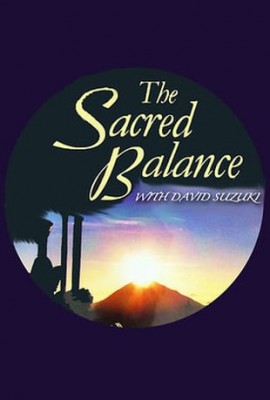 Watch this internationally acclaimed award-winning series based on a best-selling book!

The Sacred Balance is a four-part documentary series hosted by David Suzuki. Filmed on five continents, this ground-breaking series celebrates a new scientific world-view, an inclusive vision of nature in which we human beings are intimately connected to all life processes on Earth.

With Suzuki as our guide, we visit the best minds of the age. Philosophers, scholars, priests, and shamans all share their visions and perspectives of the universe. Scientists such as E.O.Wilson, Ary Goldberger, Brian Goodwin, Wade Davis, Stephen Lansing, Elaine Ingham and James Lovelock reveal the meaning behind their perceptions and discoveries. We hear astonishing tales of the world’s infinite complexity. Through many knowledgeable eyes, guided by many wise hearts, we are reminded of who we are: creatures of the Earth, biological beings totally dependent upon the planet’s life support systems.

“The Sacred Balance is a challenge to all who watch it, a cornucopia of amazing comments and predictions. It’s TV designed to make you think.”
– Jim Bawden, Toronto Star, Starweek Magazine

“It’s one of the most important and engrossing programs you’ll see on the small screen all year… It might very well go down as the crowning achievement in the career of David Suzuki.”
– Basem Boshra, The Montreal Gazette

“Suzuki’s talent has always been to take broad scientific topics and decipher and deliver them to viewers in plain, accessible terms.”
– Andrew Ryan, The Globe and Mail