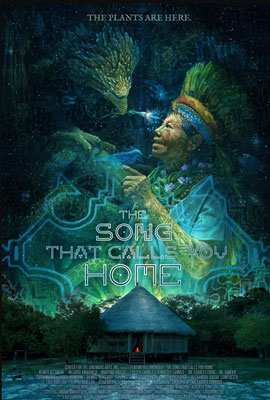 THE SONG THAT CALLS YOU HOME

“The Song That Calls You Home” is a personal, scientific and mystical exploration of Amazonian curanderismo – with focus on Ayahuasca and Master Plants, their healing and visionary properties and risks – along with the wondrous world of the Shipibo people and Song. This film aims to function as a bridge for those seeking to understand the facts and dynamics behind one of the most intriguing phenomena of our time: Ayahuasca Tourism – Westerners who travel to the Amazon each year by the thousands in pursuit of healing and enlightenment through Ayahuasca, shamanic treatments, and specific plant diets.