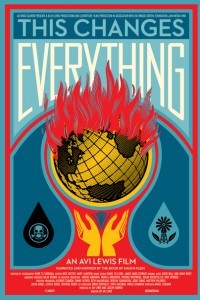 Filmed over 211 shoot days in nine countries and five continents over four years, This Changes Everything is an epic attempt to re-imagine the vast challenge of climate change.

Directed by Avi Lewis, and inspired by Naomi Klein’s international non-fiction bestseller This Changes Everything, the film presents seven powerful portraits of communities on the front lines, from Montana’s Powder River Basin to the Alberta Tar Sands, from the coast of South India to Beijing and beyond.

Interwoven with these stories of struggle is Klein’s narration, connecting the carbon in the air with the economic system that put it there. Throughout the film, Klein builds to her most controversial and exciting idea: that we can seize the existential crisis of climate change to transform our failed economic system into something radically better.

If you haven’t seen the film yet, you can click on these links to view on these platforms:

If you have an Amazon Prime account, the film viewing is FREE,
otherwise help support the creators with $4.99 rental or $9.99 to own.

***If you are accessing the film outside the USA, these providers may not be available in your country or region

Listen to Dr. Reese Halter and David Witzel, speaking the language of possibility and imagination, as they ignite an insightful and timely conversation around topics aligned with the film: unearthing our hearts for nature, advancing climate as the peoples’ movement, crisis the opportunity for innovation, and fostering the emergence of a regenerative economy. 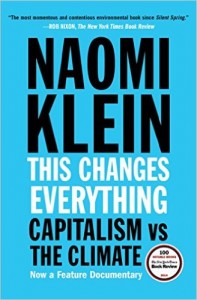