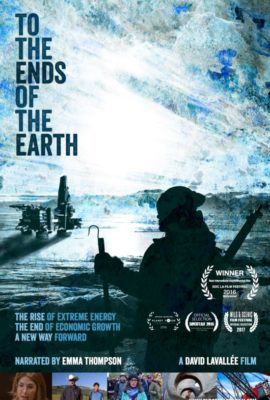 To the Ends of the Earth

To the Ends of the Earth addresses the rise of extreme energy, the end of economic growth, and a new way forward.

Narrated by Emma Thompson, this award winning documentary looks at where we are going to find our oil and gas today- to the ends of the earth. It chronicles the rise of extreme energy and finds us at a civilization crossroads.