Thank you for signing up for PEACE RISING: World Peace and Global Unity Streaming Film Series September 9-24. You will be able to access the free viewing information here starting September 9. Don’t forget to check your email for timely reminders of the film viewings. Our newsletters contain additional value added learning resources and take action opportunities.

Greg Reitman | 1 hr 37 minutes | ROOTED in PEACE challenges viewers to examine their values as citizens and human beings. Award-winning Sundance filmmaker and Hollywood’s “Green Producer,” Greg Reitman invites you to join him on a film journey that takes notice of the world we live in, and proactively seeks paths to personal and ecological peace that help end the cycle of violence.  The film employs meaningful personal memoir and interviews with renown luminaries and activists around the world. Greg engages them in conversations around sustainable development, the challenges of our never-ending wars, and the realities of uncertainty placed on the world’s institutions by our current political climate. Their common ideas and examples make ROOTED in PEACE one of the most unexpectedly inspirational viewing experiences of our time. Luminaries include Deepak Chopra, music legends Donovan, Mike Love, and Pete Seeger, film director David Lynch, Nobel Peace Laureate Mairead Maguire, media mogul Ted Turner, Archbishop Desmond Tutu, green architect William McDonough, neuroscientist Dan Siegel and many others.

This online event coincides with the films Regal and Landmark Theaters theatrical release in over 80 U.S. cities as well as 40 U.S. art houses on the International Day of Peace.

Kyle Ruddick, Brandon Litman | 1 hr. 45 minutes | Experience the beautiful cultural diversity of our world. We see both the challenges and hopes of humanity from a diverse group of 19,000 volunteer filmmakers assembled by a participatory media experiment that sets a world record: the first movie to feature footage from every country in the world on the same day. One Day on Earth was produced in collaboration with the United Nations and over 60 non-profit organizations. More than 7,000 people sent about 3,000 hours worth of video from every country with participants ranging from teenagers with cellphones to professional cinematographers with high-definition cameras.

Guy Reid, Steve Watts Kennedy | 1 hr 25 minutes |  PLANETARY is a provocative and breathtaking wake-up call, a cross continental, cinematic journey, that explores our cosmic origins and our future as a species. In a stunning visual exploration, the film interweaves imagery from NASA Apollo missions with visions of the Milky Way, Buddhist monasteries in the Himalayas, and the cacophonous sounds of downtown Tokyo and Manhattan, with intimate interviews from renowned experts including astronauts, environmentalists, anthropologists, and authors. They shed new light on the ways our worldview is profoundly affecting life on our planet. PLANETARY is a poetic and humbling reminder that it’s time to shift our perspective.

Bud Simpson | 44 minutes | AVoice4Peace offers a rare glimpse at the vibrant musical culture of Kenya and illustrates the contribution of three musicians who are using music – humanity’s universal language – to bring about peace around the world. Singers and musicians from every corner of the globe streamed their performance of “Ukuthula,” a traditional African peace hymn, on the International Day of Peace, 2016. Inspired by the movement, thousands of people all over the world shared on social media videos of their choirs singing Ukuthula, and thousands more  were touched by the message of this simple prayer for peace.The film explores concepts of international musical collaboration, the global refugee crisis, socio-economic challenges and cultural differences that can trigger conflict, and the idea that peace begins and ends with the individual.  On September 21, 2017 musicians from all over the world will sing Ukuthula. The Nairobi Chamber Chorus and members of the Festival Singers of Florida will lead this song at peace concerts in Denmark and Florida, while choirs from all over the world will hold their own performances of the song.

Chris Farina and Rosalia Films | 57 minutes |  World Peace and Other 4th Grade Achievements is the story about a remarkable 8-week, political simulation, The World Peace Game, created by the legendary educator, John Hunter. The simulation gives players the opportunity to explore the connectedness of the global community.  Players need to solve 50 global issues, and (like the real world) everything goes wrong in every sphere at once. To win, the players must peacefully solve the economic, political, and environmental crises as well as the problems associated with attempting to achieve world peace. The children are divided into “nation teams,” and given roles as world leaders in order to peacefully resolve the problems through negotiation and conversation. They address issues such as national debt, pollution, war, water shortages, and the rights of indigenous peoples through collaborative problem solving in the midst of chaos, uncertainty, and adversarial pressures. Since the films debut, Hunter has trained more than 2,500 educators around the world in how to facilitate the game.

Marc de la Ménardière, Nathanael Coste | 1 hr. 28 minutes | A Quest for Meaning  is the story of an impromptu road-trip undertaken by two childhood friends. This film reveals the profound aspirations of a whole generation in search of wisdom and common sense. Through the words of activists, biologists, philosophers, or guardians of ancestral traditions, Marc and Nathanael’s quest presents us with alternatives that are already building the world of tomorrow. This film captures the change in human consciousness currently happening all over the planet, and the desire to live in harmony with oneself and the world. 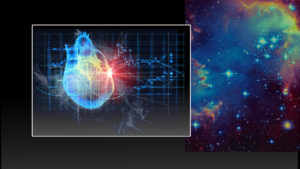 Tens of thousands of people around the world are participating in global synchronized meditations with the most recent on September 21, International Day of Peace and September 24, during Peace Weekend. “The Neuroscience of Peace – Tapping into Our Hearts Intelligence,” takes you behind the scenes in a revealing conversation with two of the leading pioneers of this emerging movement. Dr. Rollin McCraty’s, research in personal and global coherence and Dr. David Nicole’s expertise in the inner dimensions of social and planetary transformation will speak to the significance of the overall practice and the scientific evidence validating the concept.

Rollin McCraty Ph.D. is founder of the Global Coherence Initiative (GCI) and Executive Vice President and Director of Research at HeartMath Institute. David Nicol, Ph.D. is Co-founder and Director of the Gaiafield Project, Co-founder and Co-director of BeThePeace and author of Subtle Activism: The Inner Dimension of Social and Planetary Transformation. David is adjunct faculty in the Philosophy, Cosmology, and Consciousness Program at CIIS, where he teaches classes on Subtle Activism.

In partnership with the Charter for Compassion